The __cell__ (from Latin ''cella'', meaning "small room") is the basic structural, functional, and biological unit of all known living organisms. A cell is the smallest unit of life. Cells are often called the "building blocks of life". The study of cells is called cell biology - wikipedia

Structure of an animal cell - wikimedia.org

Cells consist of cytoplasm enclosed within a Cell membrane, which contains many biomolecules such as proteins and nucleic acids.<ref name="Alberts2002">Cell Movements and the Shaping of the Vertebrate Body

in Chapter 21 of ''Molecular Biology of the Cell

'' fourth edition, edited by Bruce Alberts (2002) published by Garland Science.<br /> The Alberts text discusses how the "cellular building blocks" move to shape developing embryos. It is also common to describe small molecules such as amino acids as "molecular building blocks

".</ref> Organisms can be classified as unicellular (consisting of a single cell; including bacteria) or multicellular (including plants and animals). While the number of cells in plants and animals varies from species to species, Homo sapiens contain more than 10 10^12 (10<sup>13</sup>) cells. Most plant and animal cells are visible only under a microscope, with dimensions between 1 and 100micrometres.

Cells were discovered by Robert Hooke in 1665, who named them for their resemblance to cells inhabited by Christian monasticism in a monastery. Cell theory, first developed in 1839 by Matthias Jakob Schleiden and Theodor Schwann, states that all organisms are composed of one or more cells, that cells are the fundamental unit of structure and function in all living organisms, and that all cells come from pre-existing cells. Cells emerged on Earth at least 3.5 billion years ago. 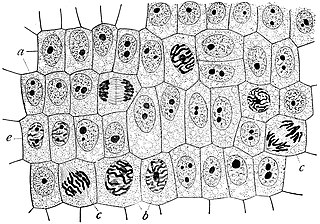 Cell (biology). the basic structural and functional unit of all organisms. Includes the plasma membrane and any external encapsulating structures such as the cell wall and cell envelope - wikimedia.org

# Tools Search for free culture images for this page on google